The wasps that are known as “yellow jackets” and “hornets” are medium-sized pests, measuring 10 to 25 mm (.39 to 1 inch). They are easily recognized by the bands of black and yellow or white on their stomachs. But many other types of harmless wasps look similar and can be mistaken for pests.

A hollow stinger is found at the rear of the wasp’s body that injects venom when it penetrates skin. These stings can be quite painful.

Social wasp species (which live in groups) are the most common and also the most dangerous because of their behaviour. Among them, German yellow jackets are considered the most aggressive. Many of these wasp species have a habit of scavenging in garbage cans.

Social wasps make paper nests in different shapes and sizes, some of them quite visible and others hidden. The paper nest can be fully enclosed with an opening near the base, or have an open structure, depending on wasp species.

Should I be concerned?

Social wasps are common in urban and rural areas throughout North America, and are the most common stinging menace in many Canadian cities.

Outdoor gatherings are often visited by wasps because of their attraction to sweet foods, but also to protein food earlier in the season. Stings can happen when people or animals bother wasps that are hunting for food or when they approach a nest by accident, triggering a defensive reaction from wasps guarding the nest. But wasps may sometimes attack people or animals even when seemingly unprovoked.

Several thousand people are stung by these venomous insects each year. In some rare cases, severe allergic reactions to the venom have caused death. Get medical attention right away if your reaction to a sting includes unusual swelling, itching, dizziness, or shortness of breath.

Unlike bees, wasps can sting more than once. Wasps can also damage ripe fruit by creating holes when they eat the flesh.

Wasps can be beneficial in many ways. Workers catch insects, like flies and caterpillars, and carry them back to the nest to feed the developing larvae. They also act as pollinators when they visit flowers for nectar. And they are a source of food for small mammals, birds, and spiders. 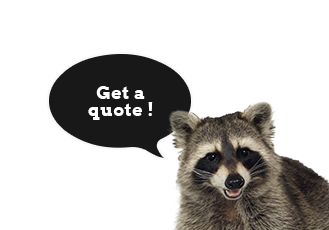